Kate became Director of Research and Innovation Muscular Dystrophy UK in 2018. She works with Trustees, clinicians, researchers and – most importantly – MDUK’s supporters to deliver research that is meaningful to patients living with neuromuscular conditions. There are over 110,000 adults and children living with over 60 different types of neuromuscular conditions the UK. These are rare and very-rare conditions many of which have no treatment, although several advanced therapies are coming through the pipeline for a number of them.

Kate has over 15 years’ experience of research funding and strategy through senior roles at the Medical Research Council, Wellcome Trust and latterly, MDUK. Kate has a PhD in Neuroscience from the University of Cambridge. She worked as a post-doctoral assistant at the University of Basel and in the Department of Diagnostic Imaging at the University Children’s Hospital in Zurich before taking up a post at Wellcome in 2005. 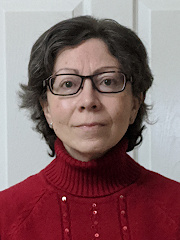 Dr Farrugia graduated in Medicine and Surgery from the University of Malta in 1995. She then moved to the UK in 1997 where she first undertook training in postgraduate medicine, then specialist training in Neurology in Aberdeen Royal Infirmary, Aberdeen, Ninewells Hospital, Dundee and at the Institute of Neurological Sciences in Glasgow. Dr Farrugia trained in Neuromuscular Disorders at the Muscle & Nerve Centre in Oxford (from 2002 -2004) under the supervision of the late Professor John Newsom-Davis, and Professor Angela Vincent and Dr David Hilton Jones. She graduated with a DPhil (University of Oxford) in 2005. The research work undertaken during her DPhil was based on the clinical (including neurophysiological and radiological) features of MuSK antibody positive myasthenia gravis and laboratory-based characteristics of MuSK antibody positive serum.

Dr Farrugia took up a Consultant Neurologist post at the Queen Elizabeth University Hospital Glasgow in 2007. She set up the Myasthenia Gravis Service for the West of Scotland in 2007 and has been a Lead Clinician for myasthenia gravis since 2007 and for adult muscle disorders since 2015. 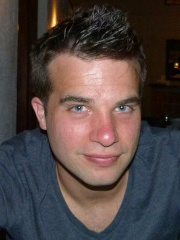 James is a Neurology Consultant at the Manchester Centre for Clinical Neuroscience, Salford. James is particularly interested in the evaluation of patients with complex neuromuscular syndromes, working as a member of the neuromuscular MDT at Salford and running the SMA assessment and treatment service. James has completed a PhD in inflammatory muscle disease. This included evaluation of the usefulness of muscle MRI, investigation of serum muscle enzymes in the estimation of disease activity in myositis, and further elucidation of the relevance of anti-cN-1A autoantibodies in patients with inclusion body myositis. 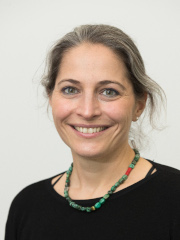 Dr Marini-Bettolo completed her medical degree and training in Neurology at the University of Rome Sapienza and has always had a special interest in neuromuscular disorders. During her training in Neurology she was awarded with a Scientific Fellowship by the European Federation of Neurological Societies which gave her the opportunity to join the Neuromuscular team at Imperial College London, working on a lab-based project on inflammatory myopathies. In 2015 she completed her PhD in neuromuscular disorders at Imperial College London. Since joining the John Walton Muscular Dystrophy Centre at Newcastle University, Chiara has been leading the Clinical Team and the Highly Specialised Service for Limb-girdle muscular dystrophies (LGMDs). She runs adult and paediatric neuromuscular clinics, and more recently has led the implementation of a novel treatment currently available under various access schemes in Newcastle. 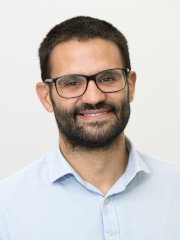 Robert is a Consultant Neuromuscular Physiotherapist at the John Walton Muscular Dystrophy Research Centre. Robert is responsible for providing different aspects of the patient’s care and to assess disease progression whilst supporting the medical staff in the diagnosis of new patients. 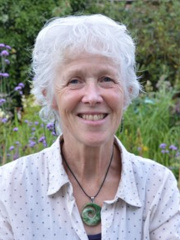 Spinal Muscular Atrophy UK is a patient group / charity that has been providing information and support and funding and supporting research-related initiatives since 1985. This includes being an original funder for many years of the UK SMA Patient Registry. The charity actively advocates for access to treatments and better health and social care with and for the SMA community. They are in contact with many families and adults affected by SMA across the UK. Liz was Support Team Manager from May 2011 – May 2022 with a long professional background in social work and disability rights / services in both the voluntary and statutory sector in the UK and NZ. She now works for SMAUK as one of two Information Coordinators.